How to be Good at Sports: Be a Good Sport!

Location: Trenanthia Cottage located in Muskoka, Ontario, Canada (90 min north of Toronto)
Ahh, can you smell that? No, not your new lavender scented deodorant...the intoxicating aroma of Gold Medal Potential in the air! 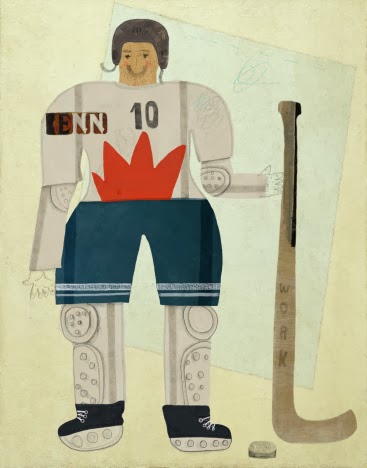 It’s official: Olympic fever is sweeping the nation! (The only epidemic I’ll ever get behind, now that I think about it.) With Sochi in full swing and the Muskoka Winter Games coming up, this colder than cold season is definitely heating up with competition. As the youngest sibling of three brothers I, like many Canadians, am no stranger to the chill of winter air inside buzzing hockey arenas and the sound of sharp blades carving the ice. When I was 9 years-old I would go with my family to every game and dub myself a “cheerleader” as I led bleachers full of spirited hockey moms in loud, borderline obnoxious (I prefer the term “catchy”) cheers. Hooting, hollering, stomping my feet….now that was a good time!


Soon enough I also discovered the allure of winning. I remember sitting through a particularly slow tournament at the arena. My uncle Dave bought us both candy bars and we decided that for every goal scored by my brother’s team, we would each take a bite of our sugary treat. Sounds fun, right? Well, it would have been….if my brother’s team had been a bit more, um, skilled. Man oh man. It wasn’t until the end of the second period that we realized if we didn’t eat our snack right then, we may never eat it at all. Needless to say, the point tally was in the other team’s favour that game! But you know what? My brother’s team came marching out of the dressing room with pride, big beaming smiles on their faces, patting each other on the back! “Good game,” they announced to each other. “Good game!”


I’ve been thinking about that recently while watching the Olympics. Team Canada is doing great in hockey, which of course is fantastic news! Another story grabbed my attention, though, this one about the Russian skiier who fell and broke his ski. A Canadian ski coach swooped in and helped him out, allowing him to finish the race. That’s real sportsmanship, and something to be proud of even more than a gold medal!

Not to go from Sochi to “so cheesy” but it’s nice to be reminded that whether you’re playing hard or cheering hard - it’s all about patting each other on the back and knowing you’ve had a “good game”.
Labels: laughs
Newer Post Older Post Home